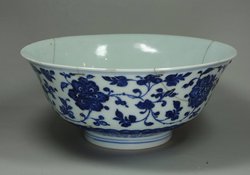 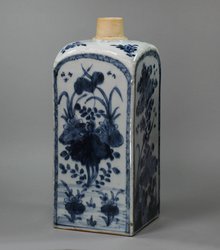 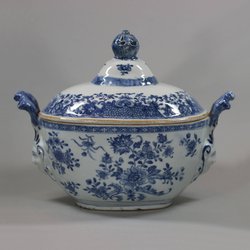 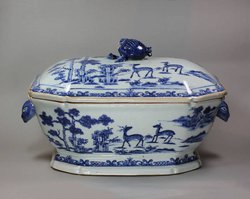 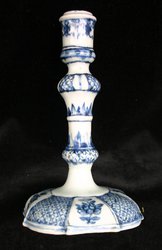 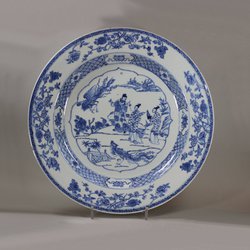 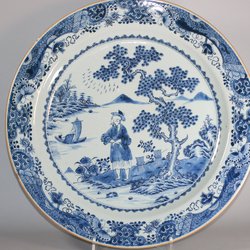 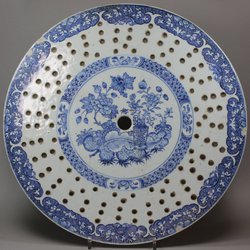 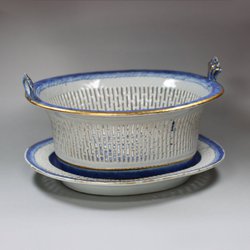 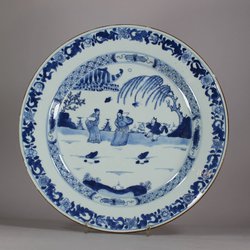 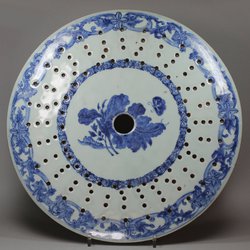 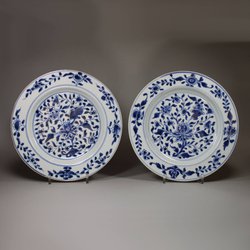 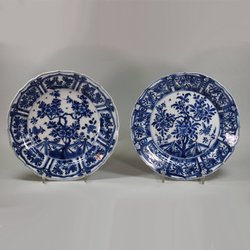 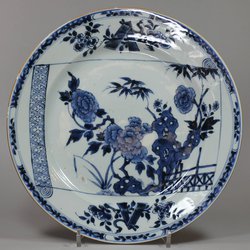 Notes on Chinese Blue and White Qing Porcelain
This section comprises mainly of pieces from the Qianlong period (1736-1795). At this time vast quantities of Chinese porcelain were being exported to Europe. The Chinese port of Nanking gives its name to many of the later blue and white pieces. A popular theme for these pieces was known as the 'Willow Pattern' which shows lakeside landscapes with pagodas, houses and trees. This design was widely used on English pottery and porcelain in the first half of the 19th century, demonstrating the ongoing connections and mutual inspiration shared between Europe and China.