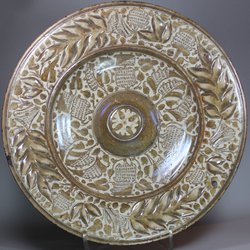 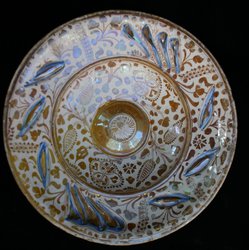 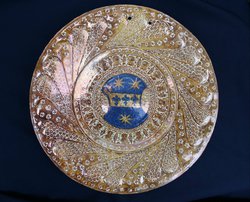 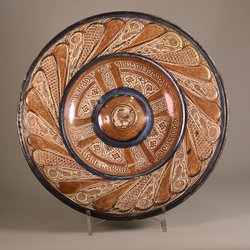 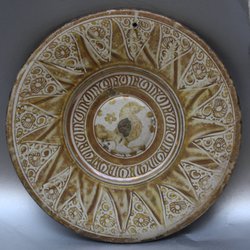 Large 17th Century Talavera Bowl the Centre Decorated with A 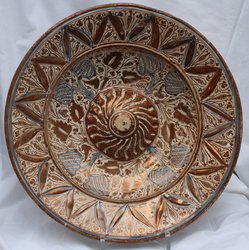 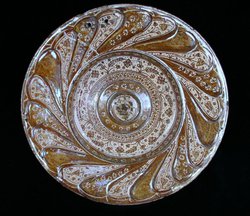 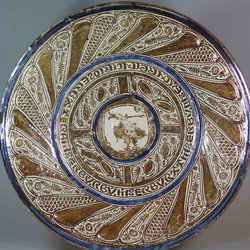 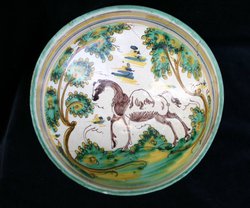 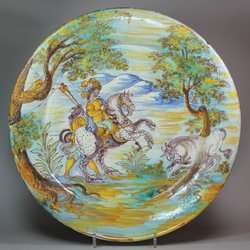 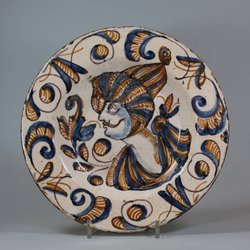 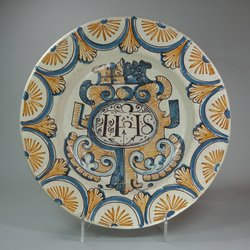 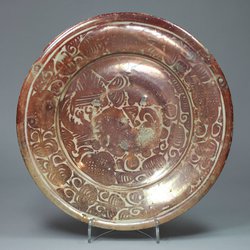 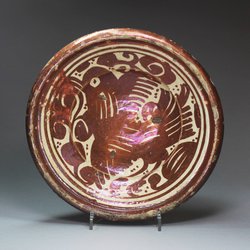 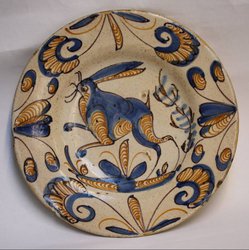 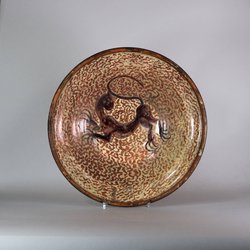 Muslim influence in Spanish pottery is present from the eighth century, when the town of Talavera was conquered in 712 and the majolica pottery was introduced. As with all other ceramics, the characteristics of these wares was determined by locally available resources: Talavera ceramics were made with red clay from the local river Tajo, and sometimes can still be visible through the thick white glaze and brightly coloured patterns.

Another type of Spanish pottery is Hispano-Moresque lustreware, which was also introduced by Moorish potters who settled in the region. Early examples tend to be more overtly Islamic in their design, with Arabic inscriptions and sybols like the tree of life. Over the seventeenth and eighteenth centuries, however, the popularity of these wares across Europe led to a fusion of Islamic and European design elements. The lustre effect is achieved by applying a tin glaze over a design traced in cobalt blue before the first firing, then brushing on a metallic pigment on top of the tin glaze before a second firing. This technique was perfected by Islamic potters; in part because the use of vessels made from precious metals at mealtimes was prohibited by the Hadiths (the record of the saying of the Prophet Muhammad)