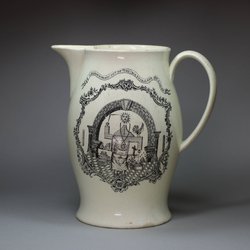 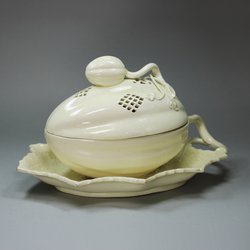 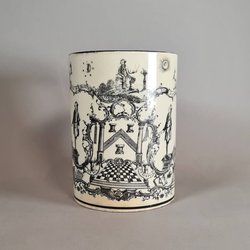 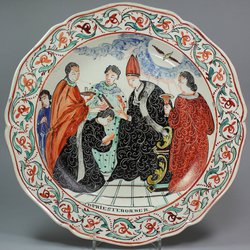 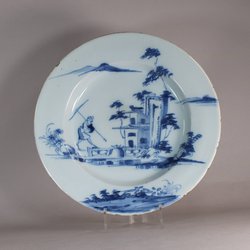 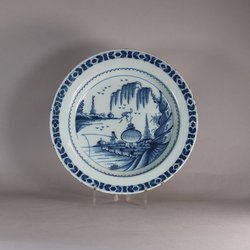 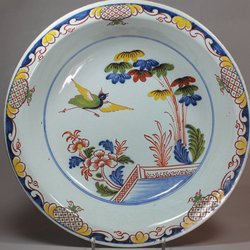 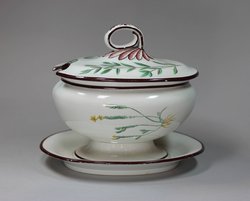 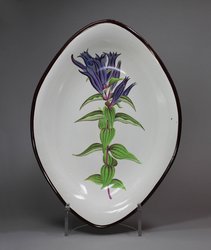 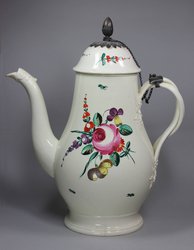 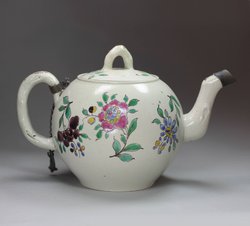 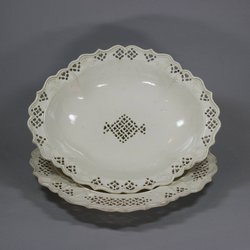 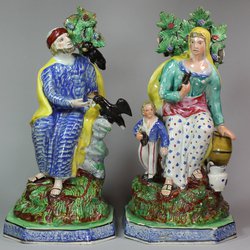 Pair of Staffordshire Figures of Elijah and the Ravens and The 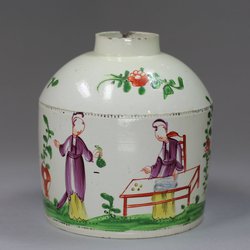 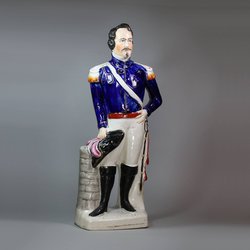 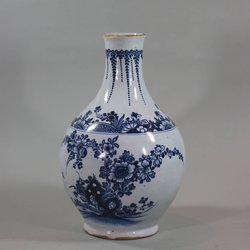 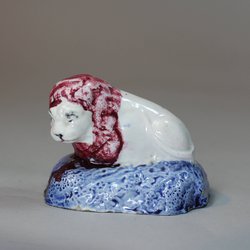 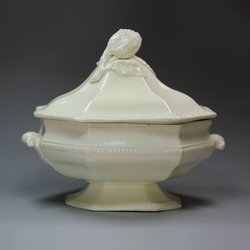 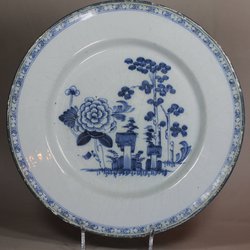 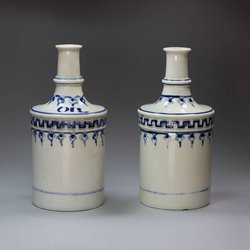 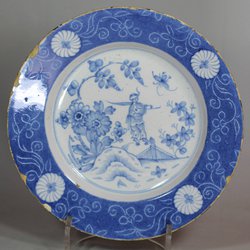 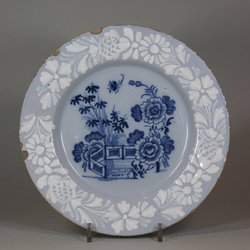 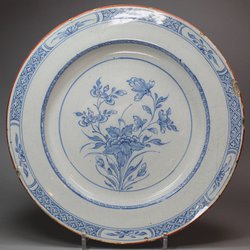 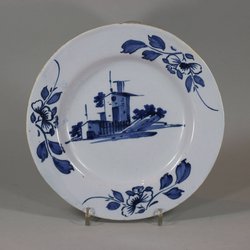 Delft Blue and White Plate, Circa 1760 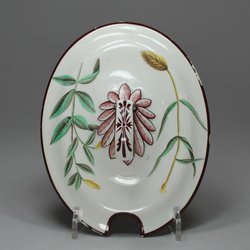 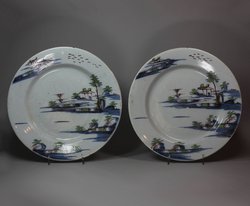 Pottery has been made in Britain since the Neolithic era, and until the 16th century the main material used was red clay. However, following mass-immigration from the Netherlands and Germany as a result of religious persecution in the 17th century, European artisans had a huge impact on the history of ceramic production in England.
Delftware, distinct from its Dutch counterpart, began to be produced in the early 17th century and became hugely popular owing to the colourful designs made possible by new glaze technology. Similarly, stoneware production was also the result of European influence and German-style tankards were produced in Fulham from 1672.
As pottery and kiln technology improved over the course of the eighteenth century, English manufacturers joined the quest to emulate the Asian porcelain imported into Europe by the East India Companies. Increasingly sophisticated formulae and techniques developed alongside new designs in the 'Chinoiserie' style, which drew on Asian sources in charming reinterpretations.
One of the most notable centres of production in England was Staffordshire, whose success was in part due to the local availability of resources including clay, lead and coal. The many local companies in the area contributed to the establishment of Staffordshire as a major innovator, with developments including bone china, jasperware and transfer printing.