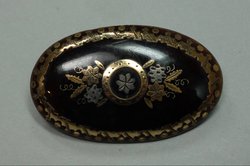 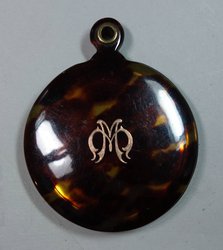 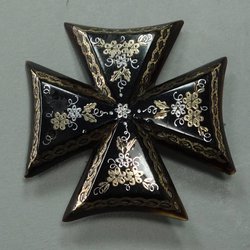 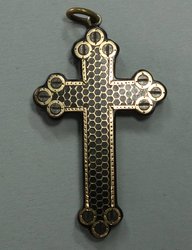 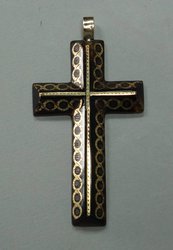 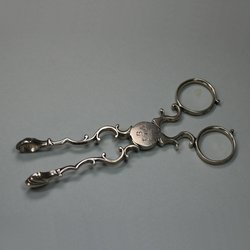 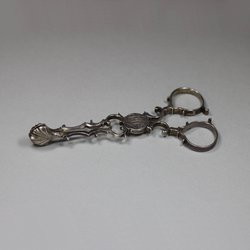 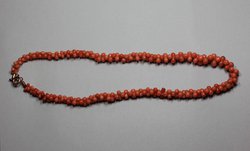 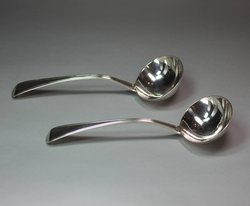 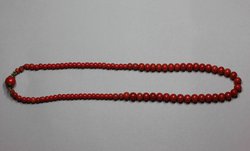 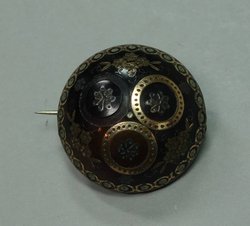 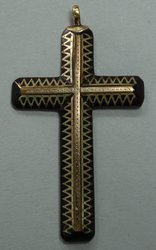 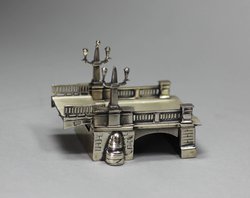 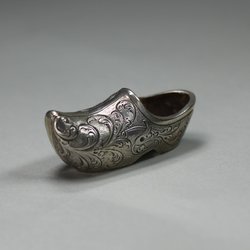 Dutch Silver-Metal Miniature of a Clog 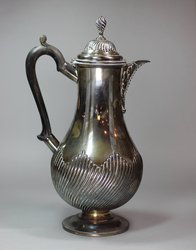 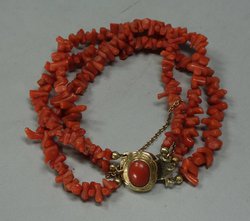 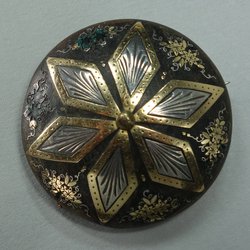 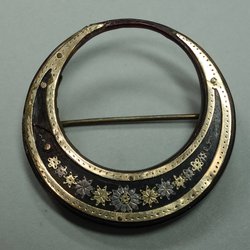 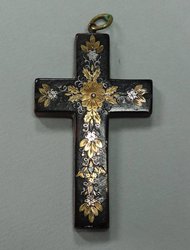 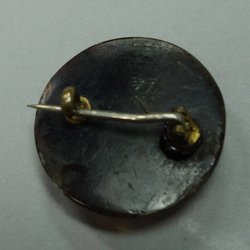 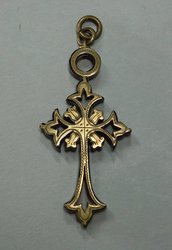 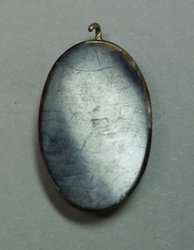 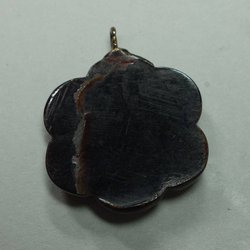 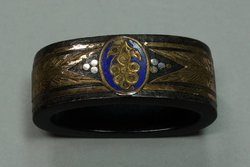 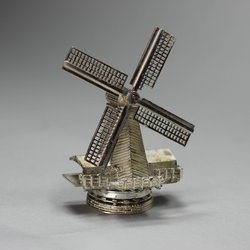 Dutch Silver-Metal Miniature of a Windmill with Moveable Sails 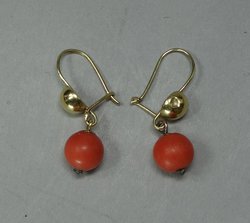 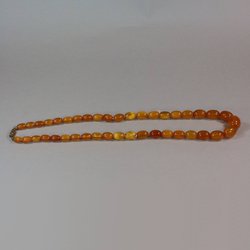 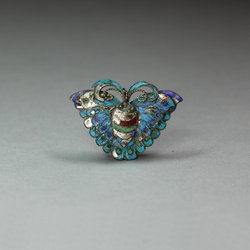 There are various claims as to which culture produced the earliest earrings. Some say they were produced by the Persians others say the Greeks, and then again others say by the Egyptians, but a recent archaeological site in China at Xinglongwa in Chifeng city in Inner Mongolia produced earrings which are estimated have been made between 5500 and 6000 BC (i.e. during the Neolithic period).

In Egypt, the mummified remains of a man show him wearing earrings and dates from about 3000 BC.

In Persia the walls of Persepolis show soldiers wearing earrings (ear plugs) but these walls cannot be older than about 500 BC.

There are countless examples in the applied arts and paintings showing earrings being worn from very early times to the present day.
There have been periods when they temporarily went out of fashion, but for most of known humankind history they have been very popular and used in nearly every major civilization.
In India for example earrings were used by the Kanphata Yogis, a sect of Saiva ascetics, who split their ears and wore large earrings made of agate or horn. It would be possible to give endless examples of historical depictions of earrings from just about every country. Through the ages earrings were sometimes worn by both sexes; to enhance beauty, often to display wealth, and sometimes as talismans. It is thought that some of our most famous Englishmen such as Shakespeare, Drake and Raleigh used their earrings to demonstrate they were out of the ordinary.

wikipedia comment on:
English Silver
United Kingdom and Ireland
One of the most highly structured hallmarking systems in the world is that of the United Kingdom, (Scotland, England, Wales and Northern Ireland), and Ireland. These five nations have, historically, provided a wealth of information about a piece through their series of applied punches. Since 2015 visually identical UK Hallmarks are being struck in India and Italy by sub-offices of Birmingham & Sheffield Assay Offices respectively:

London assay office hallmarks on the back of a waiter, or small square salver. Marks indicate it is Britannia gauge silver made by (or for) Paul de Lamerie (taken to or) in London and dated 1732 (it could have been made a year or two earlier than 1732).
A stamp indicating the purity of the silver is called the assayer's mark. The mark for silver meeting the sterling standard of purity is the Lion Passant, but there have been other variations over the years, most notably the mark indicating Britannia purity. The Britannia standard was obligatory in Britain between 1697 and 1720 to try to help prevent British sterling silver coins from being melted to make silver plate. It became an optional standard thereafter, and in the United Kingdom and Ireland is now denoted by the millesimal fineness hallmark "958", with the symbol of Britannia being applied optionally. The purity mark for Irish silver is the harp crowned.
The date mark is a letter indicating the exact year in which the piece was made. The typeface, whether the letter is uppercase or lowercase, and even the shape inside which the letter is stamped, must all be taken together to determine the year.
The city mark no longer indicates the city in which the piece was assayed, or that the item was assayed in the UK. A Legislative Reform Order (LRO) came into law on 8 February 2013 giving UK Assay Offices the legal right to strike hallmarks outside of UK territory. Since July 2016 Birmingham Assay Office have been striking Birmingham Hallmarks in Mumbai, India and there are proposals for further offshore marking centres. In March 2018 the British Hallmarking Council announced that in future, items assayed and marked offshore must be distinguishable from those assayed in the UK. An additional mark to indicate that an item was assayed outside the UK is likely to be introduced in 2018. Sheffield Assay have a sub-office in Malpensa, Italy. London and Edinburgh Assay Offices are the only two Assay offices exclusively striking hallmarks in the UK.

Shows the hallmarks for two pieces of English silver (from the workshops of George Adams (1842) and Joseph & Albert Savory (1838)) each with a tally mark added (the letter B on one and a small dot on the other). Both pieces also have a Duty Mark (Queen Victoria).
Each silver maker has his or her own, unique maker's mark. This hallmark is usually a set of initials inside an escutcheon. The Legislative Reform Order (LRO) which came into law on 8 February 2013 also changed the requirements for sponsor marks, allowing logos to be used for the first time, as long as they provide the required traceability.
Irish silver also contains the image of Hibernia. This mark was introduced in 1730, and is still in use today.
The series of hallmarks described above are still in use in today.

However, there are two silver hallmarks that have been discontinued:

Beginning on 1 December 1784, British law mandated that a duty mark be applied to silver pieces. This showed that the requisite tax had been paid to the Crown. The duty mark was a profile of the head of the current reigning monarch. The mark was discontinued in 1890.
An additional British hallmark that is no longer used is the tally mark, which was the unique mark of a journeyman finishing his apprenticeship. These marks were used as a record of the pieces made by each journeyman so that each could be given proper payment.