This website site uses cookies to track visits to our website. We do not store any personal details.
There is more information about cookies here.
Accept
Brief History Of Chinese Drawings On Pith Paper — Guest and Gray
Guest & Gray 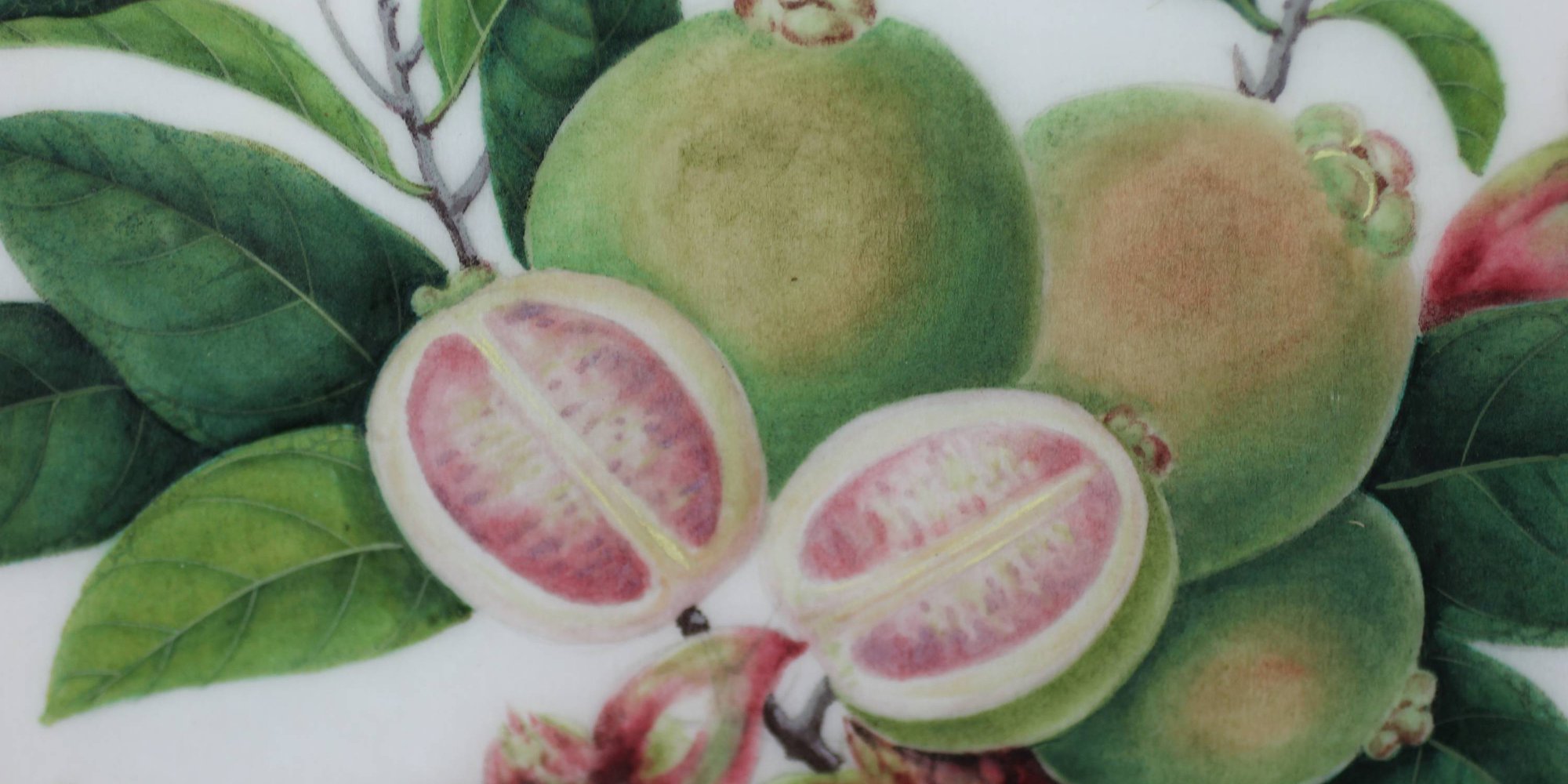 Pith seems not to have been adopted for painting until about 1820. Some European museums claim that their paintings on pith (often erroneously called “rice paper” or “mulberry pith”) come from the end of the eighteenth century but there do not seem to be any dateable examples that are so early. There is a record of the Kaiser Franz of Austria buying some albums from an English Consul-General Watts in 1826. We know of an Italian Count who visited Canton in 1828 and had over 350 paintings on pith in his baggage when he died in Ambon two years later. In the British Library there is a scrap-book containing six pith paintings and a journal entry by a serving British officer who sent them home from India in 1829. These examples and contemporary accounts by visitors to Canton suggest that there was a flourishing trade in pith paintings by the early 1830s.

Pith presumably came into use for painting to satisfy the increasing demand for small, inexpensive and easily transported souvenirs, following the massive growth in the China Trade in the first quarter of the nineteenth century. Paintings in oils, on board and canvas were costly and difficult to carry home. Earlier and more prestigious export water-colours had often been on a larger scale and painted on fine Chinese paper or on paper imported from Europe. They may have suited the sea-captains and informed the aristocracy but for the hoi polloy they were too expensive. The albums of pith paintings (and later the little glass-fronted boxes) were inexpensive, light, easy to pack and gave the pictures some protection on the long voyage home. Because many were sold in albums and hence protected from the light, they retain their bright colours to this day. Hanging them in strong light soon gives them that washed-out look.

Pith comes from the central column of spongy cellular tissue in the stem of a small tree called Tetrapanax Papyrifera, native to south-west China. It has had a variety of uses, some going back many centuries. At the imperial court both men and women wore coloured flowers made from pith in their hair. It has been used to produce toys for children and in craftwork. It is still sold as Chinese medicine to make a diuretic infusion. For use in painting, it is cut by hand with a knife into thin sheets from short lengths of the spongy tissue. Cutting is highly skilled and the constraints of the process mean that the finished sheets for painting seldom, if ever, measure more than about 30cms by 20cms. The sheets are dried, trimmed and used for painting without any further processing.

Because of the nature of pith and its cellular structure, the gouache used by the Chinese sat on the surface and produced a bright and even sparkling effect. Very fine detail could be achieved but pith did not lend itself to the flat wash of colour favoured for European watercolours. Developed to appeal to the “foreign barbarian” visitors to China, paintings on pith were produced by artisans rather than by the intellectual elite and they were therefore not accepted as Chinese art. Though there is evidence in these paintings of Western influence – derived in part from the presence of European painters at the court of Emperor Qianlong – they cannot be claimed as western art.

Carl Crossman in his book The Decorative Arts of the China Trade (originally published under the title The China Trade) gives an excellent list of export painters with a note of those known to have painted on pith. These include Tingqua, Sunqua and Youqua. From 1757 until 1842 Canton was the only Chinese port open to trade with the west and it is no surprise that of the eight studios identified by Crossman as producing works on pith, six were in Canton. The whereabouts of one was unknown and the eighth was that of Chou Pai Chuen who was exceptional on two counts, firstly because he was a talented artist still painting on pith at the end of the nineteenth century and secondly because his studio was in Peking. We are now able to name some other painters who used pith in addition to the more conventional materials. They include Fouqua (or Foeiqua), who worked in Canton and Chow Kwa, a Shanghai artist highly esteemed for the quality of his oil paintings of the port.

It seems that the 1830s and 1840s may have been the heyday of pith painting. The international trading bases, the waterfront ‘factories’ on the ‘Hongs’ in Canton, where they were produced, were partially burnt during the First Opium War (1839-41) and totally destroyed in a fire of 1856. The foreign trading companies then moved to Honan and subsequently put up splendid new offices on reclaimed land at Shamian Island, a little up river. As the result of the Treaty of Nanking, in 1842 additional Chinese ports were opened up for foreign trade and Hong Kong was established as a major trading centre. Painters like Tingqua and Sunqua opened studios in Hong Kong but by 1846 photography had arrived, China was losing its exotic isolation, Japanese art and design were ousting Chinoiserie and conflicts nearer home were getting more media attention. By 1860 references to China in the Illustrated London News, plentiful three years earlier, were few and far between.

That is not to say that painting on pith ceased. We know that Chow Kwa was still active in Shanghai in 1885 and Chou Pai Chuen was painting in Peking in the last years of the century. Paintings in little glass-topped boxes were available in Hong Kong late in the nineteenth century and probably well into the twentieth. Nicholas the second was given paintings on pith when he visited Canton in 1891 and the last Emperor is said to have sent him a gift which included pith paintings in 1907 (though these could have been examples of much earlier work). In one sense painting on pith continued much later, since sheets of pith were widely available in the shops in Shanghai in the 1940s and young children in school were given them to paint on.

Painters on pith did not in general sign their work (the sole exception is Sunqua whose name can be found on the face of three paintings on pith). Usually the only way we can safely attribute paintings to a particular artist or artist’s studio is when we find them in an album which has a studio plate. Unfortunately the number of such albums is diminishing as galleries remove the pictures and frame them up for sale. Most people who pay top prices wish to show their purchases on the wall, often as part of a scheme of interior decoration. Not only does removal from the album cut the link with the artist’s studio, but exposure to light leads to eventual deterioration.

There are collections of paintings on pith in such prestigious museums as the Ashmolean, the British Museum, the Fitzwilliam, the Hermitage, the Peabody/Essex Museum in Massachusetts and the Hong Kong Museum of Art. However, because paintings on pith are not in general regarded as fine art, they are usually to be found in ethnographic or specialised collections. Here they appear under a wide range of classifications from economic botany to entomology. Public collections can be found in most of the countries that traded with China in the nineteenth century and in other more surprising places such as Estonia, Italy and Russia. It is rare to see pith paintings actually on display (mainly because of the damage done by prolonged exposure to light), though there have been recent exhibitions in Spain, China and Estonia.