This website site uses cookies to track visits to our website. We do not store any personal details.
There is more information about cookies here.
Accept
The Eight Daoist Immortals — Guest and Gray
Guest & Gray 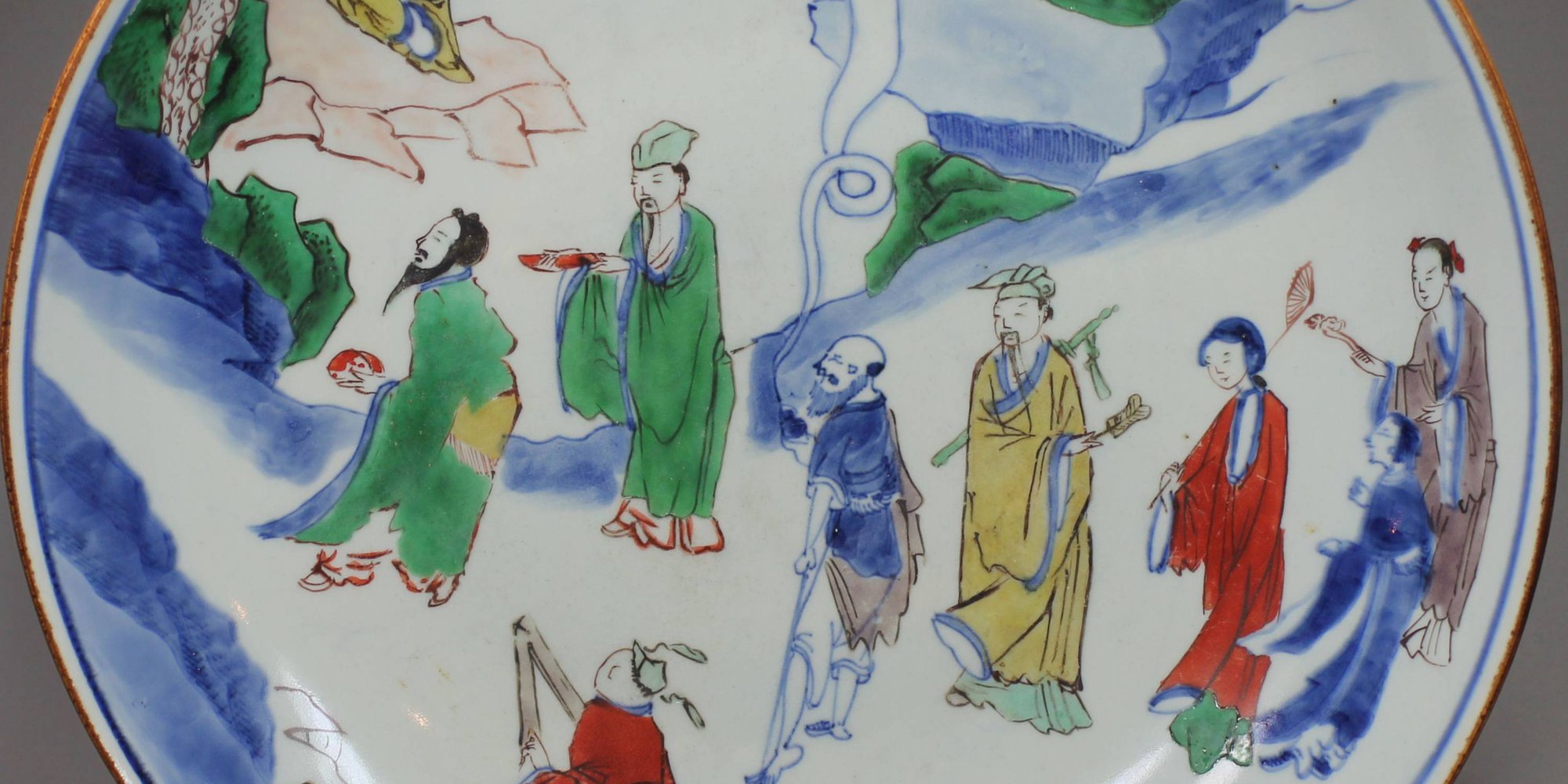 Zhongli Quan is the official leader of the Eight Immortals, and is commonly depicted with his bare belly showing. He is known to have many powers, including transmutation and the knowledge of the elixir of life. He is able to resurrect the dead using the fan which he carries.

Cao Guo Jiu was the brother of Empress Cao Hou, a 10th century Song Empress, as well as an Uncle to the Emperor of the Song Dynasty. He is the most well-dressed of the Immortals, and is portrayed wearing his official’s court dress. He is often holding castanets, which illustrate his rank, as they enable him access to palace audiences, as well as an imperial jade tablet, which has the ability to purify the air.

Han Xiang Zi was the nephew of a famous 9th century scholar, Han Yu. He carries a flute, which can cause growth and give life, and he has the power to soothe wild animals and to instantly cause flowers to bloom.

He Xian Gu is the only female immortal, and is often depicted holding the peach of immortality- the divine fruit of Gods or a magical lotus blossom, which is the flower of open-heartedness. She is often shown playing a reed-organ, or holding a ladle, which represent wisdom, meditation and purity.

Lan Cai He is often illustrated as a beggar carrying a basket of flowers, which is associated with longevity. Immortal Lan is portrayed as a young girl, or a young boy, or as an old man, and is often wearing a tattered blue gown with only one shoe.

Lu Dongbin is the most famous of the Eight Immortals. He is always dressed as a scholar, carrying a sword on his back and a fly brush in his hand. The sword gives the power of invisibility, and is also said to be able to rid evil spirits.

Zhang Guo Lao was highly talented in alchemy and was known to carry a drum (made of bamboo and fish or snake skin) along with two rods used to strike it- and had the ability to cure life. He often travelled incredible distances on a white donkey, which could be folded up into paper and stored in a wallet. When Zhang Guo Lao wanted to ride it again, he only had to sprinkle water or saliva to reconstitute it back to its normal form.

Li Tai Guai (image missing above) is the most ancient of the Immortals. He is depicted as a lame beggar carrying an iron crutch and a double gourd. The gourd has the ability to ward off evil and is the symbol of longevity, as well as helping those who are needy or distressed. It has a misty cloud coming out from it, which represents Immortal Li’s soul. Occasionally, he is shown riding on a qilin (dog-of-foe).