This website site uses cookies to track visits to our website. We do not store any personal details.
There is more information about cookies here.
Accept
Introduction to Antique Meissen Porcelain — Guest and Gray
Guest & Gray 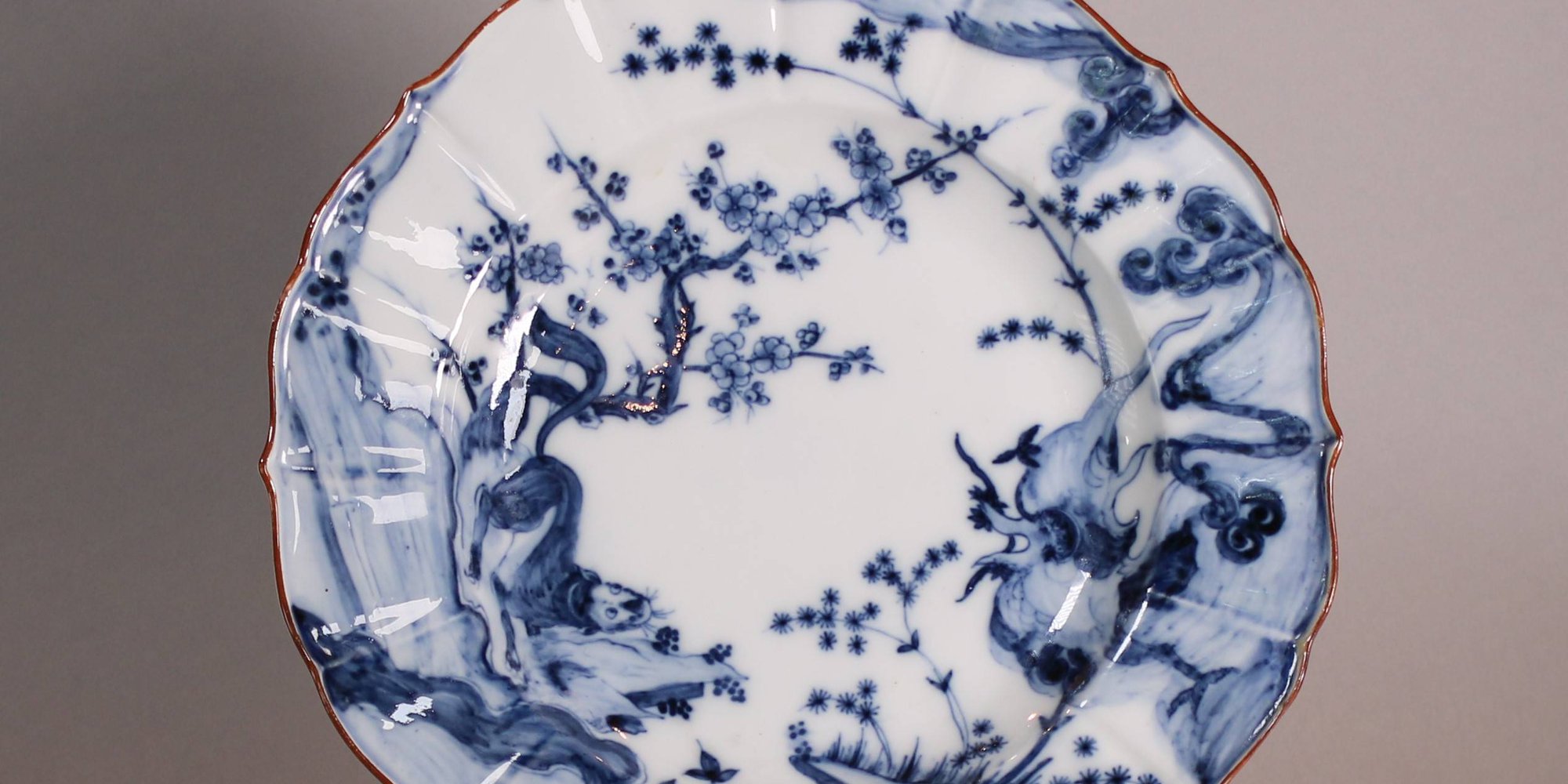 Antique and other European Porcelain 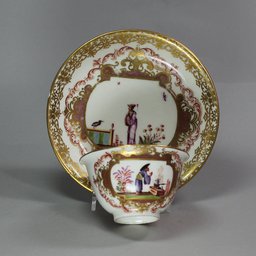 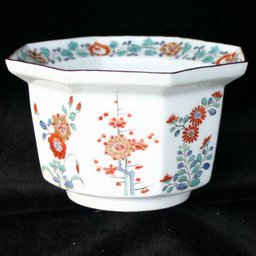 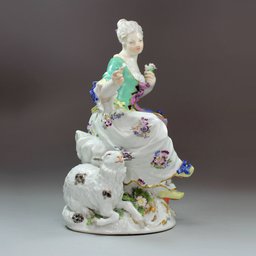 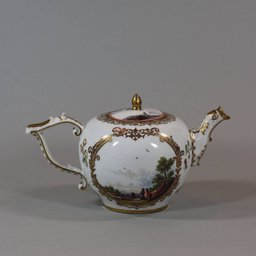 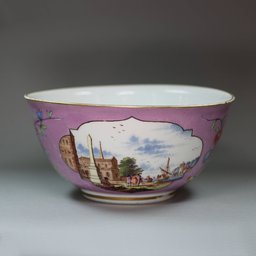 It is a popular view that Johann Friedrich Bottger at Meissen was the first European to discover hard-paste porcelain. It was initially developed from 1708 by Ehrenfried Walther von Tschirnhaus and subsequently Bottger produced hard-paste porcelain at Dresden from 1710. It has, however, been suggested by Anthony du Boulay that the first hard paste-porcelain was made at St Cloud. His opinion is based on a St Cloud vase he has in his possession that appears to date from before 1700.

At Meissen Bottger initially made a hard red stoneware inspired by Chinese Yixing wares. The shapes were based on Yixing and Baroque silver. What gave them a character all of their own was not only the sometimes finely mould-caste applied details but in particular the wheel polishing carried out before firing that produced a very jewel-like shiny surface. These pieces have become extremely rare and very much sought-after.

From 1713 Meissen were offering hard-paste porcelain decorated with simple designs using finely chiselled gold applied after the initial firing and then fired again at a lower temperature. Polychrome wares were introduced by Johann Gregorius Horoldt in 1723. Like so many other European ceramic factories the first designs were predominately inspired by the Orient. Most famous of which are the Japanese Kakiemon. There soon followed porcelain with scenes from Watteau and also popular were the depiction of animals or flowers together with highly attractive harbour scenes. My favourite Meissen porcelain decoration remains those taken from the Kakiemon porcelain which were used over a long period of time.

The Meissen cross-swords mark was introduced in 1720 by Friedrich August Köttig. This famous logo is still used today at Dresden. Due to the fame of Meissen porcelain the mark was often used misleadingly by other less well-known factories. Prior to 1720 some marks were applied over the glaze examples of which are AR (Augustus Rex, the monogram of the King), K.P.M. (Königliche Porzellan-Manufaktur), M.P.M. (Meissener Porzellan-Manufaktur), and K.P.F. (“Königliche Porzellan-Fabrik)

Under Augustus the Strong (1694/7-1733), Elector of Saxony and King of Poland the Meissen porcelain factory was prodigiously financially successful. Most of its customers were the aristocracy from many European countries. Some of the most expensive pieces were purchased to display wealth and not always in good taste. These expensive ostentatious pieces were in my opinion over decorated; a good example of which is the service referred to as the Christie-Miller service made about 1740.

During one phase of its production around 1730-5, Meissen produced well-decorated porcelain vases which were very poorly potted compared to their Chinese counter parts. Aesthetically these pieces did not always work not only due to their awkward shapes but sometimes the decoration did not fit the shape.

Shortly after 1740 the appeal of the antique Meissen porcelain table wares started to decline but Johann Joachem Kaendler, (master modeller c. 1730-1770) at about this time began to produced his famous very fluid beautifully decorated porcelain figures. The artistry of Kaendler figures could only be rivalled by the figures of Franz Anton Bustelli a contemporary of Kaendler. Unlike Kaendler his figures are at their best when undecorated. (Bustelli worked at the Nymphenburg Porcelain Manufactory next to the Nymphenburg Palace in Munich and was in operation from the middle of the eighteenth century. Maximilian 111 Joseph  Prince-Elector of Bavaria established this  factory to try and improve his finances.)

From about 1750 arguably Meissen porcelain table wares  had lost some of their appeal although the quality remained very high.

It is worth noting that the early Meissen porcelain sometimes had a dreher’s mark impressed in the foot rim of cups and saucers and a gilders mark in addition to the eponymous cross swords. These were introduces in the 1720’s

Antique Meissen porcelain is sought-after by collectors from many different countries.

Zwinger Museum Dresden the most famous collection of Meissen