This website site uses cookies to track visits to our website. We do not store any personal details.
There is more information about cookies here.
Accept
An Introduction to Indian Bronzes — Guest and Gray
Guest & Gray 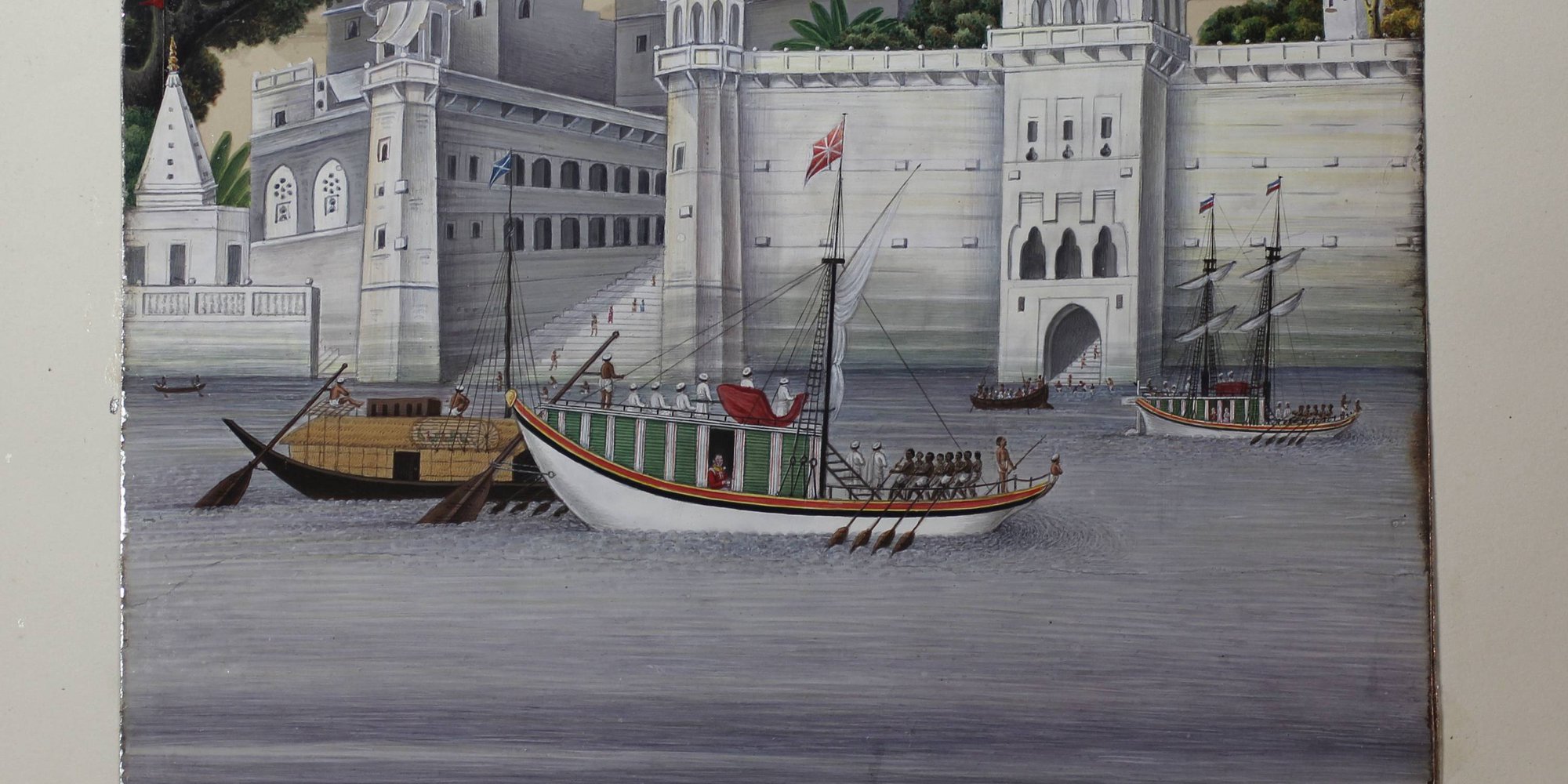 An Introduction to Indian Bronzes 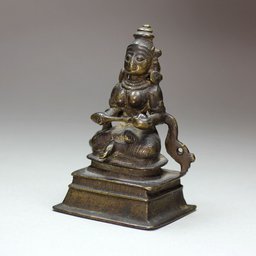 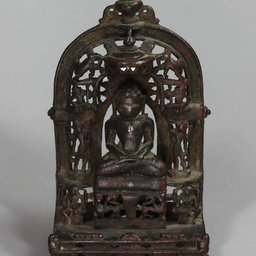 Indian Jain bronze figure of one of the twenty-four tirthankaras 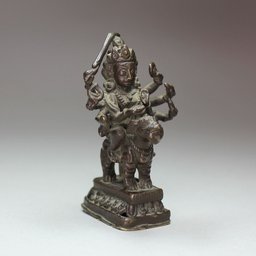 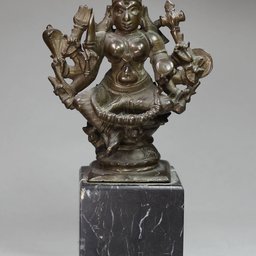 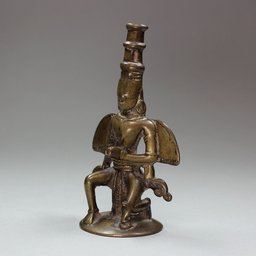 The earliest known Indian bronze image is the small “dancer” from Mohenjo Daro of about 2,000BC, plus a few others from the same period. Very little bronze art is known from the sub-continent for the next two thousand years. From about the start of the Christian/Common era images representing deities of the three great ancient Indian religions (Buddhism, Hinduism and Jainism) began to be made.

Bronzes from the early and medieval periods tend to be referred to by the names of ruling dynasties. The Gupta period in North and Central India in the fourth to sixth centuries AD is often regarded as a golden age. Small numbers of bronze images from all three religions survive from this period. Production was more widespread from about 600-1200AD, with significantly different styles in various regions. Some of the most highly regarded medieval bronzes were made during the Chola period in South India. Other highly valued medieval bronzes include Pala bronzes from Eastern India and Kashmir bronzes. A good general survey of ancient and medieval bronzes is Indian Bronze Masterpieces, published in New Delhi in 1988 for the Festival of India. There are many books on Chola and South Indian bronzes, and several on Pala and Eastern Indian bronzes. Bronzes of Kashmir, by Pratapaditya Pal, first published in 1975, is the classic work on that region.

By about 1200AD the situation in India was radically different. Buddhism almost ceased to exist in most of the subcontinent, other than in Nepal, a number of remote Himalayan valleys and Sri Lanka. Muslim rule dominated most of North and Central India. Very few large images for temples would have been made in the north between about 1200 and 1800AD but there was some production of smaller household images. Only in South India did Hindu rule and culture continue more or less unbroken. Bronze images, large and small, continued to be produced in great quantity in the south, in a style closely derived from the great Chola medieval bronzes. Major medieval bronzes are rarely available on the art market today so this introduction will be mainly concerned with smaller, later, images, typically from about 1500 to 1900AD.

A few technical matters will be useful at this point. Firstly it should be noted that most Indian ‘bronzes’ are actually made of brass. Bronze and brass are both copper alloys, typically with about 70-90% copper. In bronze the other main element is tin; for brass the other main element is zinc. Some alloys will contain both tin and zinc and often small amounts of other metals, notably lead. There is also a tradition of adding small quantities of gold and silver to add to the value and sanctity of an image – there is a lot of mystique about such ‘five metal’ images but this is rarely reliable. Such sharp definitions of alloys are a relatively modern scientific concern. In the past images were often made from molten scrap and the exact mixture would depend on what was available.

The other technical matter worth noting is that traditional Indian bronze images were made by the ‘direct lost wax’ method (sometimes referred to by the French term cire perdue). The image was hand-modelled in wax (either solid wax or a thin wax layer over a clay core). A clay mould was then formed around the wax image, with lines of wax leading from it through the mould. The mould was heated until the wax melted away. Molten metal would then be poured into the mould to fill the space left by the wax and thus replicate the wax image in metal. Finally the mould was smashed open to reveal the metal image. As a result moulds could not be re-used and thus each image is unique. Once the image was released a lot of work was needed to add details, with chisels, punches etc before the image was polished and completed. This is a simplified description of a complex and time-consuming process; it is explained in greater detail in Cire Perdue casting in India, by Ruth Reeves, Crafts Museum, New Delhi, 1962.

Large numbers of small bronze images for household shrines were made and from about 1500 to 1900AD. There are distinct regional styles but increasingly from the early twentieth century onwards regional characteristics blurred. Bronzes continue to be made in the traditional method, especially in South India but most modern bronzes are effectively factory made, often in repeat moulds.

Most images depict Hindu deities but some are made for devotees of the Jain religion. There are only a few million Jains in India but it is a prosperous community; their images are often high quality and highly sought after. There are about fifteen or twenty relatively common Hindu image subjects and many rarer subjects and variations. There are also considerable stylistic variations between regions and periods. It is thus fairly easy to identify common types but there is a vast variety of interpretations, even before allowing for the fact that each image was uniquely modelled and finished.

Hindu deities are identified by the objects that they carry ‘attributes’. It is well known that many (but not all) Indian gods are depicted with multiple hands – four, eight or more. That is a means of showing the other-worldly power of the god. The same deity may be depicted in a variety of different ways, with different numbers of arms. Deities can also be identified by their animal ‘vehicle’ (vahana).

For example Vishnu (who has many forms or ‘avatars’) usually carries a conch shell and sacred disc (“chakra”); his “vehicle” is Garuda, a man-eagle combination. Avatars of Vishnu may have the head or body of a lion, boar, horse, fish or tortoise. Shiva often carries a trident; his animal vehicle is Nandi, a bull. Other popular gods include Krishna and Rama (both forms of Vishnu), the elephant-headed Ganesha (regarded as a son of Shiva) and the monkey deity Hanuman, a devotee of Rama. Goddesses may be regarded as independently powerful or as consorts of male gods. Important goddesses include Kali, Durga, and Parvati, all of whom are often accompanied by a lion, and Lakshmi, who may be depicted being anointed by elephants. Each of these deities may be depicted in a variety of forms or poses.

Worshiped in a temple or household shrine, bronze images will be rubbed or anointed every day. Over a period of decades or centuries this process is likely to soften or wear away details of the images, especially the head. This wear can be a good indicator of age and therefore quite desirable. Some collectors prefer bronzes in almost untouched condition; others prefer a degree of wear. Some dislike bronzes that have lost all or most facial details; others regard that as a particularly potent feature.  It should be noted, however, that the full history of a bronze is rarely known. It might have left India a century or two ago and not been touched since. It might have been buried or immersed in water for many years. Its colour or patina will depend on that unknown history, not on the precise alloy – bronze images were originally almost as shiny as brass ones. In Nepal, images were cast in almost pure copper and often gilded. South Indian bronzes also often have a very high copper content and reddish colour.

South Indian bronzes are often regarded as the ‘classical’ type; they have perhaps the most naturalistic style, in an unbroken tradition dating back over a thousand years. The small coastal state of Kerala in South-West India has its own distinctive style, with a lot of applied detail.  Bronzes from the Deccan region in Central India can show southern or northern influence but also have their own character. The other main regional styles are from western India (Gujurat and Rajasthan), eastern India (Bengal and Orissa) and the Himalayas. Nepal has a very distinctive style, showing Tibetan influence, as well as a tendency to mix Buddhist and Hindu elements. There are also ‘folk and tribal bronzes’, an ill-defined term for very varied but typically far from naturalistic images. These mainly come from more remote mountainous or forest areas of central or eastern India.

Bronzes of the later periods are less studied academically and tend to be included in general studies rather than have books devoted to them. Hindu Art, by T. Richard Blurton (British Museum 1992) is a good general introduction and includes a number of bronzes. Change and Continuity (Lowe Art Museum, Miami, 2004) is mainly concerned with bronzes and has many illustrations.