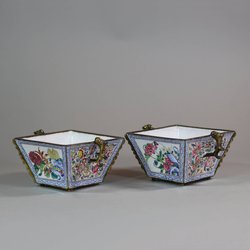 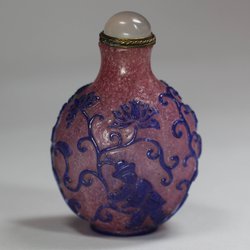 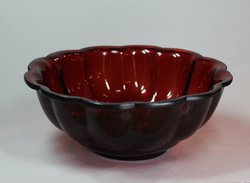 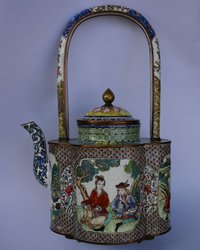 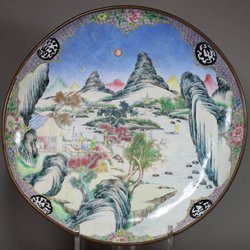 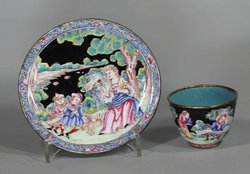 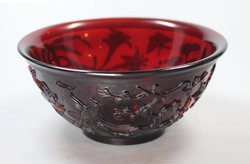 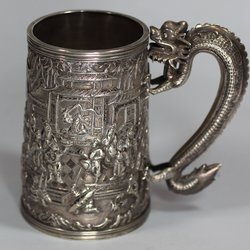 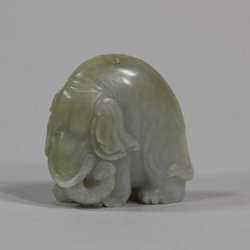 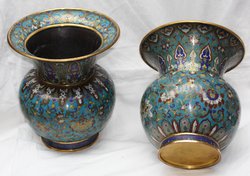 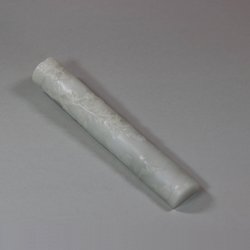 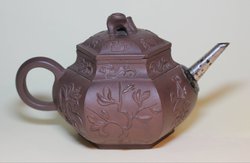 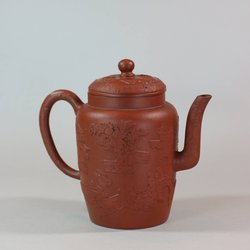 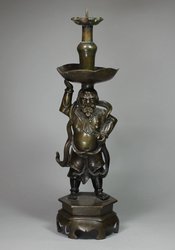 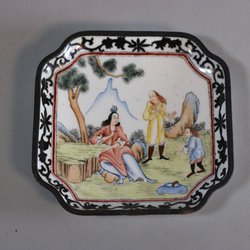 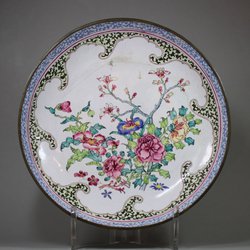 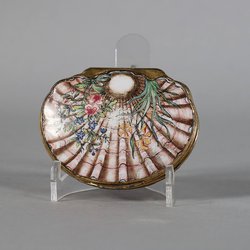 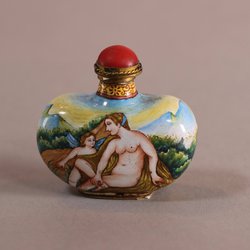 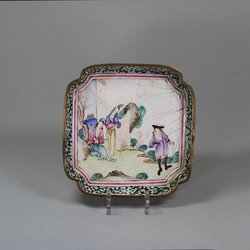 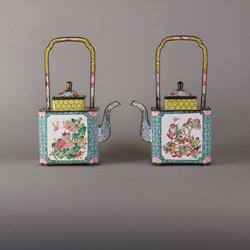 Pair of Chinese Canton Enamel Ewers of Square Cross-Section With 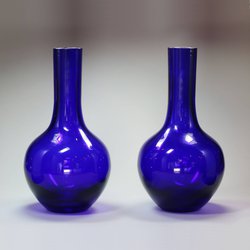 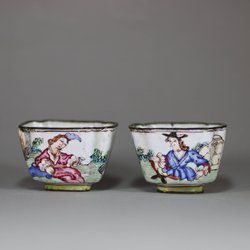 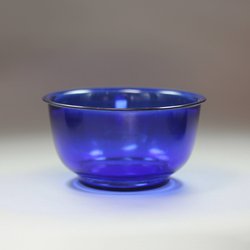 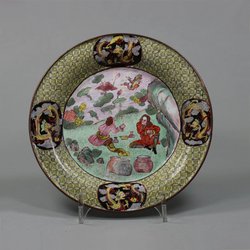 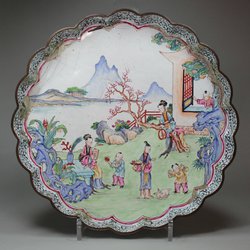 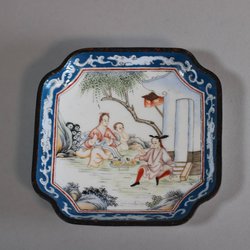 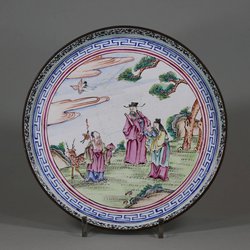 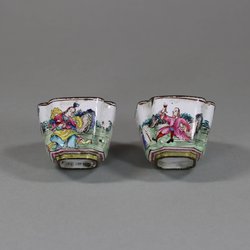 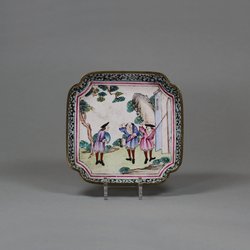 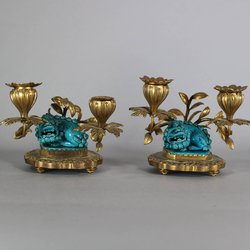 Works of Art including bronzes, enamel and silver

Canton enamel (named after the principle site of production) was made in China from the seventeenth century after enamel techniques were introduced from Europe, where painted enamels had been produced in Limoges since around 1470. Canton enamel is made by coating a base object (generally copper) with a background coat of enamel before firing, then painting with coloured enamels before a final firing.

There is a clear connection between these enamels and the famille-rose wares developed and produced in the same period, although enamel-painting generally enabled more intricate designs than its porcelain counterpart. In Chinese, enamelware was referred to as 'foreign porcelain' (yangci 洋瓷)